Monthly Update on the Latest News on Human Trafficking in Nigeria 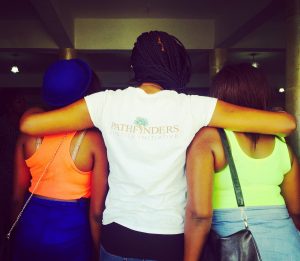 This article by The Correspondent highlights how the European Union expended upwards of 770m Euros on fighting unsafe migration and human trafficking from Nigeria.  Where has the money gone and has it paid off?

This article by The Correspondent highlights the fact that the underestimated voice of desperation and hopelessness resounds much louder than European anti-migration messaging to would be migrants from Nigeria.  If viable and believable responses to those cries are not determined, funds will continue to be wasted on messaging that no one heeds.  Truth is, there is a way to end unsafe migration. Engage would be migrants; engage local NGOs. Abandon the down approach.  Read more about the story via the link above.

Nine young women between the ages of 21-32, on suspicion of being trafficking victims, were apprehended by Nigeria Immigration Service at MMIA, right as they were allegedly being sent to “Egypt, India, Lebanon, and the United Arab Emirates.” Officials urge families to be wary of offers for international travel and employment, especially for young people, as they are most at risk of being targeted by trafficking rings.  Read more about the story here: https://www.pulse.ng/news/local/nis-prevents-trafficking-of-9-girls/kh67k8g

Nigeria Immigration Services arrested three suspected human traffickers and three potential victims of trafficking en route to Ghana. The victims had been told they were traveling for employment, but had been tricked by their captors who intended to force them into prostitution.  Read more about the story here:https://www.premiumtimesng.com/news/more-news/374894-nigerian-immigration-arrests-suspected-human-traffickers.html

The Kwara State Governor and Nigeria’s Minister of Foreign Affairs recently met to discuss “how to repatriate” trafficked citizens of Kwara who are “trapped in Lebanon and elsewhere.”  Read more about the story here: https://www.thisdaylive.com/index.php/2020/01/29/kwara-gov-foreign-minister-meet-on-human-trafficking-fdi/

At a recent meeting in the Netherlands, the International Labour Organisation, ILO, declared Nigeria’s key role in eliminating child labour, trafficking and slavery in Africa.” The meeting included discussions of how to best support Nigeria in ending modern slavery and commended the steps already taken by the federal government to implement rights protecting children. Senator Chris Ngige, the Minister of Labour and Employment, outlined the nature of the National Social Investment Programme, which was “designed to tackle poverty, boost the enrollment of children in schools…and stem the tide of unemployment among youths vulnerable to modern slavery.” Ngige noted that a primary cause of the problem was poverty, and asked that “international cooperation be focused” on assistance to address education of underserved youth, implementation of social services “to empower poor parents” and the “provision of logistics for mass mobilization against child labour.” Read more about the story here: https://www.vanguardngr.com/2020/01/nigeria-key-to-ending-child-labour-in-africa-ilo/

Nigeria’s anti-trafficking agency and one of our partners, NAPTIP, plans to establish a Command in Ilorin, the capital of Kwara State, Nigeria in order to better serve the area and reduce trafficking in the State. Both the state government and NAPTIP will direct the agency’s efforts toward the comprehensive rehabilitation of rescued survivors of human trafficking, in addition to “preventative measures such as…enlightenment and advocacy…in order to nip the situation in the bud.”  Read more about the story here: https://guardian.ng/appointments/kwara-naptip-to-rehabilitate-victims-of-forced-labour/

A young woman from Edo State has been returned to her home country of Nigeria after being trafficked into domestic servitude and sexual abuse in Egypt.  The survivor had been deceived into believing that she was going to Cairo to work as a teacher.  Read more about the story here: https://nationalaccordnewspaper.com/naptip-rescues-another-nigerian-trafficked-victim-from-cairo/

A couple, both 32 years old, has been arrested for trafficking children across Nigeria. Two of the couple’s buyers have also been arrested, while others are at large. One of the pair, Ifeoma Ebony, had previously been jailed for a six-month stint for human trafficking, but returned to her crimes after her release from prison. Her partner, Emmanuel Onyekwere, masterminded the kidnapping and sale of his own two-year-old nephew. Onyekwere, when questioned, stated that his initial motive for trafficking had been to build a house for his mother. The Inspector-General of Police (Special Intelligence Response Team) has arrested 12 suspects connected with the crimes, and has recovered six of the abducted children. Read more about the story here: https://www.newtelegraphng.com/child-trafficking-we-steal-sell-children-for-between-n300000-and-n450000-lovers/