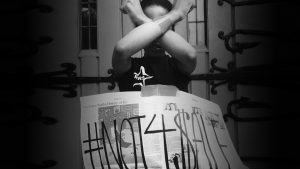 CLEEN Foundation (formerly known as Centre for Law Enforcement Education) is a non- governmental organization established in January 1998 with the mission of promoting public safety, security and accessible justice through the strategies of empirical research, legislative advocacy, demonstration programmes and publications, in partnership with government, civil society and the private sector and PathFinders Justice Initiative (PJI), a leading international non-governmental organization and thought leader whose mission is to prevent modern day sex slavery (sex trafficking) and liberate enslaved women and girls through the direct eradication of root causes is implementing a “Path to Prevention” Project (P2P) in Edo state funded by the support of the United Kingdom Department for International Development UK(DFID)..

Human trafficking, or modern-day slavery, involves the illegal trade of people via force, fraud or coercion for exploitation or commercial gain. It occurs in every country in the world, cutting across social class, gender and age. It violates human rights, while simultaneously presenting a global health concern. Over the last 20 years, there has been growing concern over the phenomenon of modern-day slavery and considerable media attention has been directed towards amplifying the issue to ensure that it receives the urgent attention it deserves. Similarly, source, destination and transit countries have also began to prioritize the issue by enacting the necessary legal and policy frameworks in an effort to decrease the scourge of trafficking that is occurring worldwide. On the part of source and transit countries such as Nigeria, however, the approaches to addressing human trafficking, particularly sex trafficking, have largely been limited to the development of laws and policies, often with impotent and ineffective law enforcement. Moreover, there is a wholesale shortage of reliable, measurable data based on qualitative and quantitative research that have been culturally translated to serve as a springboard from which effective and targeted interventions could be developed and/or framed.

The P2P project is a research project aimed to empower and “slave-proof” local communities in Edo State by deterring the recruitment of potential victims for sex trafficking by local recruiters (“Enablers”) in Edo state.

In view of the above, the following categories of applications are invited from suitably qualified person (s) to serve as:

Data collected from the field with the research instrument.

Interested and qualified individuals should submit their proposals, detailing relevant experience and skills described above to procurement@cleen.org which must include the following:

The Pathway to Prevention Project is awarded through the UK Government’s Department for International Development/ UK AID.

Filed Under: Blog, We Partner