WASHINGTON, D.C.- August 6, 2014: In partnership with Act4Accountability and #BringBackOurGirlsNYC, PathFinders organized a protest in Washington, D.C. at the U.S.-Africa Leaders Summit on August 6, 2014.  Protesters rallied at the Grand Hyatt, Washington, D.C. where Nigerian President, Goodluck Jonathan, was being honored to remind the Nigerian Government and the international community of their obligation to rescue the remaining 219 #ChibokGirls that remain in captivity following their abduction from their school in Chibok, Borno State, Nigeria on April 14, 2014.  U.S. Congresswoman, Federica Wilson, stood in solidarity with protestors who demanded immediate results from the rescue operations on the 114th day following the abductions. 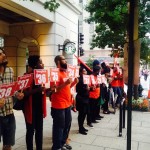 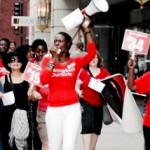 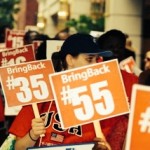 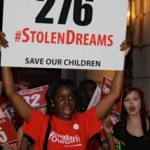 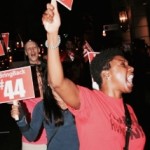 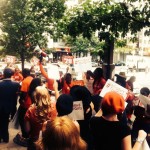 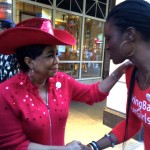 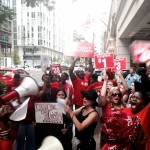 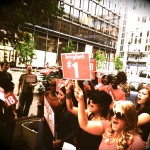 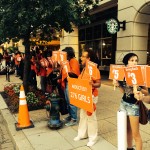