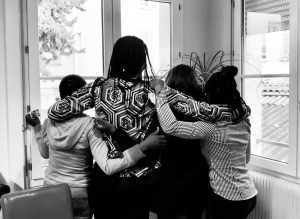 JULY 2, 2019- LONDON, UK-This week, the United Kingdom’s Home Office released a Country Policy and Information Note on “Nigeria: Trafficking of Nigeria.”  The Note is intended to provide country of origin information as well as an analysis of the country of origin “for use by Home Office decision makers handling particular types of protection and human rights claims.”

The ‘Assessment’ section of the Note analyses the available evidence, the laws and policies as well as any available case law in an effort to provide an assessment, in general, on whether:

Decision makers are urged, notwithstanding the foregoing, to consider each matter on a case by case basis, assessing independent facts.

The Note outlines, accurately, how potential victims are recruited from Nigeria, including a reference to the (juju) oath taking process, which was banned by the Oba of Benin in March 2018.  It also outlines the debt bondage victims face upon arrival in Europe.  The legal and policy positions of both Nigeria and the UK are noted, in addition to outlining the National Referral Mechanisms of both countries.

The Note then goes on to address the reality of victims of trafficking upon their return to Nigeria.  Although the report notes that cases differ, there is a broad conclusion that “trafficked women who return from Europe, wealthy from prostitution, enjoy high social-economic status and in general are not subject to negative social attitudes on return. They are often held in high regard because they have improved income prospects.” The Note further adds that repatriating trafficking victims are “unlikely to be at risk of reprisal or being re-trafficked from her original traffickers,” but acknowledges they may be at risk of abuse or being re-trafficked depending on their particular vulnerability.  It is these generally erroneous conclusions that triggered heavy criticism from the Nigeria’s Anti-Trafficking Agency (NAPTIP), some UK politicians, human rights lawyers, and nongovernmental groups, some of whom called for an apology from the Home Office.

In light of our experience at Pathfinders working with survivors, we also informed the Home Office (via various Tweets and in an email) that none of the 250+ repatriating survivors that we have partnered with on their restorative journey note prosperity  (“wealthy from prostitution”) and clout (“enjoy high social-economic status”) as part of their narrative or reality.  On the contrary, we personally assist them in walking through homelessness, hopelessness, medical and psychiatric concerns resulting from trauma, unwanted pregnancies, and the reality of no path towards sustainable economic independence.  In fact, many return to the same exact conditions (and to the same families) that rendered them vulnerable in the first place.  Without intervention, the chances of retrafficking are extremely high, particularly since a considerable number face reprisals and are afraid for their lives since they never fully repaid their debts.

This is not to say that some trafficking victims who have repaid their debts to their madams and who them become madams themselves (and are now traffickers) do not return to Nigeria wealthy.  Some certainly do. But these are traffickers.  Our trafficking victims do not maintain this reality. On the contrary, they are shunned by family members and their local communities and deemed “ashawos” (whores) who, once held in high regard due to the prospect of lifting their families from poverty, are now “useless” for having failed to do so. We have partnered with many who were/are suicidal and suffering from PTSD and depression.  Our psychologists have supported many through the process of recovery.  We have had one survivor die as a result of medical complications relating to trafficking.  Some are in mental institutions.
Our website has a few stories of some of our survivors describing their realities in prostitution and afterwards.  It is far from glamorous.  As such, it is important that accurate narratives inform both the UK’s national and foreign policies which directly affect the lives of Nigerian (and other) trafficking victims, particularly those seeking refuge in the UK.  It is also important that Nigerian stakeholders, CSOs and survivors themselves are consulted in framing “country of origin” information to ensure accuracy and to counter misinformation and prejudice.
The UK Home Office has since indicated that it intends to rewrite the policy Note.
Filed Under: Blog, The Naked Truth