DECEMBER 2, 2019- LAGOS, NIGERIA. Further to an invitation from the Thomas Reuters Foundation, our founder and Executive Director, R. Evon Benson-Idahosa, joined Reuters in training West African journalists from Gambia, Nigeria and Ghana on human trafficking in Lagos on December 2, 2019.  As a thought leader on human trafficking in sub-saharan Africa, Ms. Benson-Idahosa spoke from her experience in the field, providing real life examples and putting faces to the reality of sex trafficking in the region, particularly in Nigeria.

“The reality is that most of the stories of human trafficking told on this side of the world are told by international media, highlighting the implications of what is often portrayed as a mass exodus from the continent.  Very few stories originate from us for us.  Over and over, I see cut and paste jobs that simply reiterate the limited efforts of the foreign press. Very few West African reporters put faces behind our tragedies or tell our stories in our voices and with the nuances of our accents.”

Joy’s story of [surviving a near death experience on the Mediterranean on November 6, 2017] could have been told with the compassion that may have stirred a national debate concerning why some African youth are willing to risk what may amount to certain death in the Sahara, in Libya and in the Mediterranean.  The tragic story of the 26 Nigerian women who perished at sea could have been told in a manner that demanded accountability from Nigeria and an explanation for why not a single Nigerian official attended their funerals or demanded that their bodies be returned to Nigeria for identification.  No one considered the mothers, the fathers and the erosion that “not knowing” carves on a soul.

There is a huge difference between the description of a marginalized woman whose vulnerabilities were exploited after her scarcity and desperation forced her to deem prostitution as a viable alternative to poverty.  Alternatively, the story can be told with a flippant reference to her as a “sex worker” who voluntarily left Nigeria to seek greener pastures abroad.  The words you choose matter.  The audience to whom you speak and the voice with which our stories are told matter.”

“For activists like myself, there is such a thing as activism fatigue.  However, often alongside us, at least initially, are some courageous journalists who are willing to tell our stories. The truth is that very often, journalists are some of the first responders and the last men or women standing to ensure that these stories remain in the consciousness of society.  The reality is often that the work we do is arduous, it is tedious, it is frustrating and most often, a long, unrewarding journey.  When we look to our left and our right, however, the few journalists who initially stood with us have lost interest, have moved on to other more “news worthy” stories.  Many stories that were initially told are not followed up and as such, society also forgets and moves on.”

Ms. Benson-Idahosa’s call to action to the journalists was to “commit to your conscience and maintain the courage of your convictions.”  Her hope was that those that attended were inspired to recognize the power in their hands and the privilege and responsibility to be the change agents that shift the narrative towards the change we all collectively want to see. 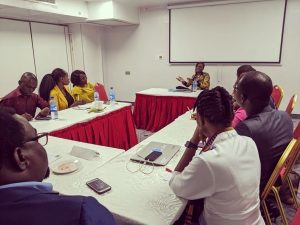 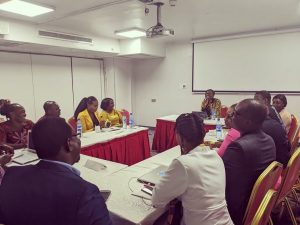 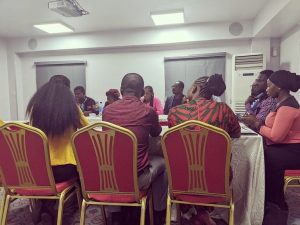 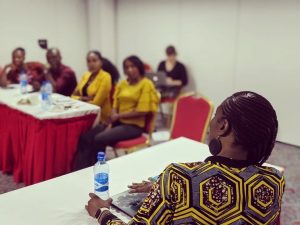 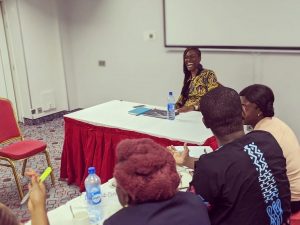 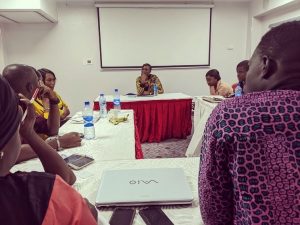