Pathfinders’ Founder is Panelist at Launch of NAPTIP’s ‘Not For Sale’ Campaign!

ABUJA, NIGERIA- on April 15, 2019, NAPTIP, in collaboration with UKAid, formally launched its ‘Not For Sale’ campaign.  The Campaign (which is unassociated with Pathfinders’ long running #Not4Sale campaign) targets young women in Edo and Delta States who are potentially vulnerable to trafficking with a different message: stay in Nigeria and take advantage of the many opportunities here.  By highlighting the success stories of young women in Edo and Delta who have made the choice to stay in Nigeria to build their dreams, the campaign hopes to ‘inspire, empower and enable’ others who may be considering the dangerous journey abroad (particularly by land via Libya) so as to avoid the perils of irregular migration.

Speaking at the event were NAPTIP’s Director General, Dame Jane Okah-Donli, DFID’s Director of Communications, Tim Singleton (on behalf of the UK High Commissioner to Nigeria), and John Primrose, DFID’s Head of Office (Nigeria).  Pathfinders’ Founder and Executive Director, R. Evon Idahosa, was one of several experts speaking on the panel that followed concerning root causes and initiatives targeted to address human trafficking in Nigeria.  She emphasized the necessity for a holistic approach to what was, ultimately, an issue stemming from the combination of economic limitations, Edo State’s culture code of trafficking and the utter despair and hopelessness facing a fair percentage of Nigeria’s youth. She also discussed Pathfinders’ goal of rendering 100,000 young women in Edo State “slave-proof” by 2025.  Other panelists included NAPTIP’s DG, Dame Jane Okah-Donli, Senior Special Advisor to the President on Diaspora, Mrs. Abike Dabiri, Edo State’s Attorney General/Chairwoman of Edo State Task Force, Professor Yinka Omorogbe and Mr. Rufus Idris of Marketing Development in Niger Delta (MADE).

For more information on the campaign, visit www.notforsale.ng. 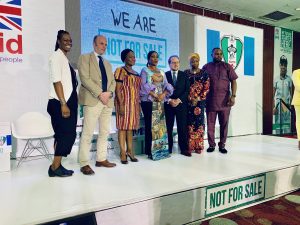 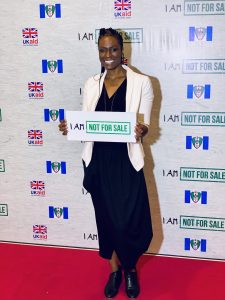 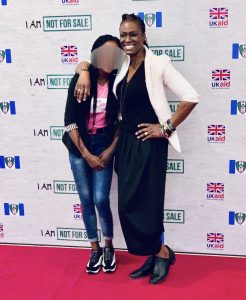 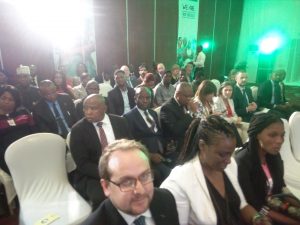 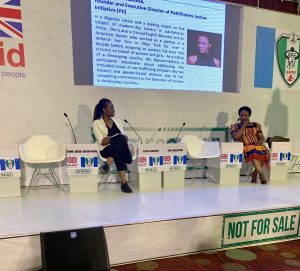 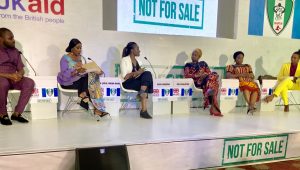