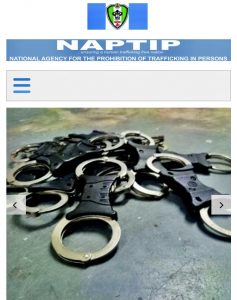 ABUJA, NIGERIA- Nigeria’s anti-trafficking agency, NAPTIP, has released its 2018 Report, highlighting its efforts in 2018 to combat human trafficking in all its forms in Nigeria.

Highlights include the following: