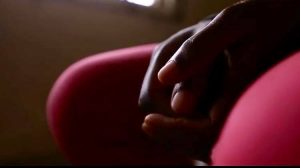 “The Oba of Benin, Oba Ewuare II, has promised to partner with the National Agency for the Prohibition of Trafficking in Persons (NAPTIP) through advocacy and empowerment in the fight against human trafficking.”https://guardian.ng/news/human-trafficking-oba-of-benin-drums-support-for-naptip/

A team of 4 Nigerian students has developed an app designed to alert users to possible signs of human trafficking in a competition organized by Facebook, Andela, and the UNODC to create technological solutions to social justice issues. The team will present their app at the 14th United Nations Congress on Crime Prevention and Criminal Justice in Japan in April 2020. https://thenationonlineng.net/studnts-develop-app-to-trap-human-traffickers/

The Oyo State Commissioner for Women Affairs and Social Inclusion has spoken out against the high rates of trafficking and government inaction in the region. https://www.blueprint.ng/rate-of-child-trafficking-in-nigeria-alarming-oyo-commissioner/

At a recent forum in Lagos, the Rule of Law and Accountability Advocacy Center condemned human trafficking, calling it an “epidemic” and advocating for changes in Nigeria’s adoption laws to stem the rising rates of children being victimized by trafficking and abuse. In an address, the Commander of the Lagos Zone for NAPTIP outlined five multilevel steps to combat trafficking at a state level: “policy creation, partnership, public enlightenment, protection and assistance.” https://allafrica.com/stories/202002070173.html

The Minister of Works and Housing, Babtunde Fashola, spoke at an event of the United Action for Change in Lagos, drawing attention for asserting that organized crime, including human trafficking, has “collaborators in institutions of State.”  Fashola’s statement on the role of government in human trafficking is as follows:

“’The spectre of human trafficking, a modern act of human slavery, for sex, prostitution rings, forced labour, lies at the heart of large scale migration. Yes, they may be compounded by bad governance, poor education and poverty. But a group is organizing around it and profiting…The victims see ‘opportunities’ in Europe while organised crime sees ‘vulnerability’ which makes them perfect targets to be used as sex slaves and cheap (and forced) labour, being undocumented and therefore ‘illegal’ immigrants.’” https://punchng.com/criminals-have-collaborators-in-states-institutions-fashola/

NAPTIP reports that it “has started an investigation” into human traffickers who were arrested at the border in late January. https://guardian.ng/news/naptip-begins-investigation-on-the-traffickers-arrested-at-seme-border/

Akwa Ibom authorities have recovered six teenage boys between the ages of 12 and 16 years old who were being trafficked to Ogun State from Calabar. Two suspects, a 42-year-old woman and 21-year-old man, admitted to transporting the boys across the border for child labor.

Separately, Akwa Ibom police have arrested one half of a couple said to be behind a “baby factory” in the area. The police were tipped off to the operation, in which the couple would take “pregnant girls into illegal private facilities and [keep] them until delivery before selling the babies.” While a woman is in custody, and two pregnant teenagers have been “rescued from the facility,” the male suspect is still at large.

The two young girls who were recovered from the trafficking operation were reportedly abducted because they were not in school, due to their parents’ “inability…to pay their school fees.” https://allafrica.com/stories/202002100059.html

NAPTIP “paraded” a Lebanese man this week for the trafficking of a Nigerian mother of two to Lebanon in 2019. The victim’s husband complained to authorities that he had tried to save his wife, but the suspect refused to return the victim to her family unless her husband provided a replacement.

NAPTIP also revealed that they arrested two women suspected in the sale of an infant of a woman with developmental disabilities. NAPTIP Lagos State Commander, Daniel Akotolo, said that the “investigation revealed that this was the fifth time the helpless mother was losing her child ‘to the greed of the people and sad situation around her.’” https://allafrica.com/stories/202002050068.html

“Concerned Nigerians recently gathered at NECA House, Ikeja, Lagos State, to brainstorm on how to save Nigerians from further falling into the traps of human traffickers. https://www.newtelegraphng.com/human-trafficking-saving-nigerians-from-slavery-death/