Grateful for every opportunity I get to amplify the voices of women and girls who are not in a position to do so on their own. Spoke today at the Italian Houses of Parliament for On the Road’s International #humantrafficking conference on our transformative prevention and rehabilitation work in the area of #sextrafficking. I was asked what Italy, Europe and the European Union can do (separate and apart from Nigeria’s efforts) to end what another speaker referred to as their “Nigeria Dilemma.” I was blunt, honest and did not mince words: Europe must address its demand problem, repeal its dehumanising agreement with Libya, create safe and legal passages, start to humanise migrants and stop throwing money at the problem if it has no genuine interest in the people. My hope is that my words fell on good soil and that the migration crisis that is steadily consuming the minds, bodies and souls of thousands of our women and girls comes to an end. 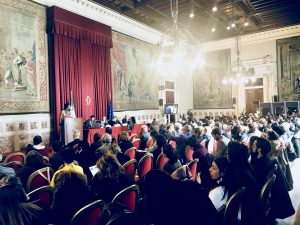 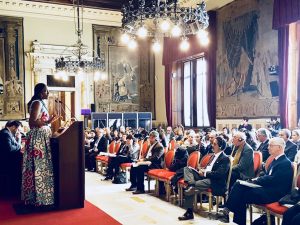 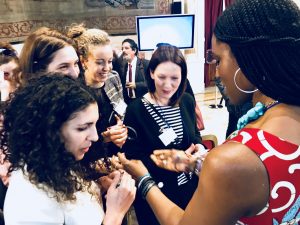 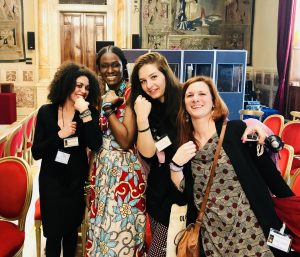 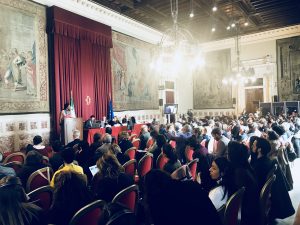 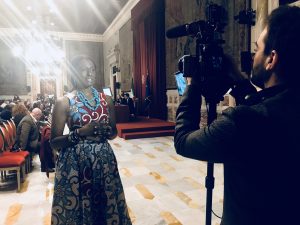 “Nothing is better than freedom.”
-Loveth O., trafficking survivor.

Honoured to have spent the day at a shelter (undisclosed location) here in the outskirts of Rome visiting with female Nigerian survivors of #sextrafficking who, after surviving rape and torture in Niger, traversing over the cemetery that is the Sahara, being subjected to dehumanising servitude, rape and torture in Libya, risking death on the Mediterranean and being forced into prostitution and debt bondage in Italy, still have the courage to rebuild the walls of their broken lives.

Grateful for our wonderful partners at @BeFree who also believe that beauty can flow from ashes. Thank you for your support of our girls. Here’s to their bright futures! #EndSlavery#Not4Sale 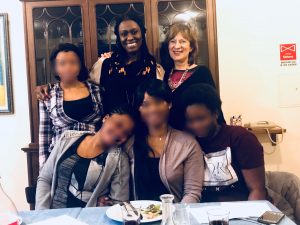 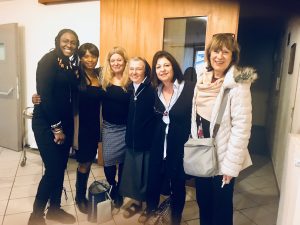 Today, I had the honour of serving as a cultural mediator at the University of Rome’s Faculty of Law for three fierce Roman judges who serve on the immigration section of the Rome Civil Tribunal. In other words, they determine the fate of thousands of (mostly Nigerian) migrants every year seeking asylum in Italy. Their willingness to listen, to understand, and their genuine compassion served to offset the anti-migrant sentiment that Europe is increasingly becoming known for due to the legislative wall it has built to get-out/ keep-out migrants.

I subsequently participated in the University’s migrant assistance clinic which, every Thursday, provides free legal support for migrants applying for refugee or subsidiary status in Italy. There too, I was moved by the commitment, passion and compassion of Dr. @enricarigo who coordinates the programme and her students who go over and beyond the call of duty to ensure that migrants are “seen.”

During the clinic, I met several of our Nigerian sisters who were trafficked to Italy and listened as they shared their horror stories. I was, however, surprised by their one request: please help our sisters at home.

Overall, I am reminded that there are still many who believe in our shared humanity and who are willing to fight- not only to repel the hate, but for the world we want.

May we all see a little of ourselves in each other. 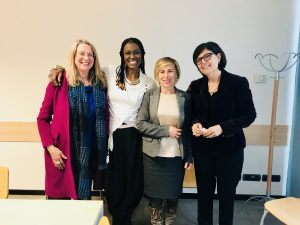 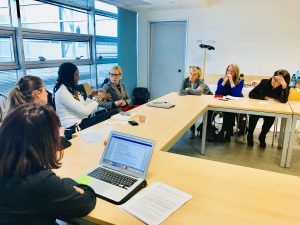 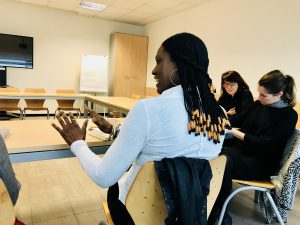 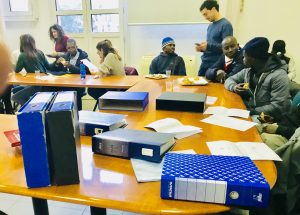 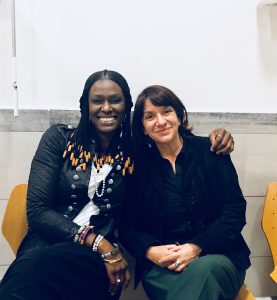 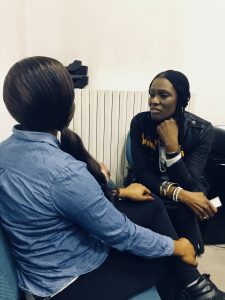 I hit the streets…

I chose to spend my last day in Rome, Italy with Emergency, an Italian NGO which provides free medical and surgical treatment to the poor and victims of war. This particular branch works in Castel Volturno, one of Italy’s ground zeros for the migrant crisis and home to tens of thousands of West Africans (mostly Nigerians) who are trapped in crime, drugs, poverty and prostitution.

I’m finding it hard to put words to the ambivalence I feel. I followed Emergency on its weekly street outreach and saw our Nigerian sisters, some who looked as young as 13, 14, offering their bodies for sale. €10. €5. Their eyes and souls were hollow. We distributed condoms, written information and some of our Pathfinders Helpline cards.

The workers at Emergency told me that 1 in every 4 Nigerian women they serve is working in prostitution (up to 1,500 of them). It is the only work available. Recently, they are seeing 2-3 new HIV cases a month. Many of the girls have had four, five abortions. Others are infected with various diseases, raped, living with high blood pressure, while others have literally gone mad. I heard stories of some that were murdered. I asked the girls and the average woman is having sex with 10-15 men a day. Every day. Until they repay their madam, they are trapped in dehumanising servitude.

I was told that the only way to prevent what I’ve just outlined above is to keep our girls at home in #Nigeria. Once they arrive, it’s too late.

I leave Rome even more committed to eradicating this evil that is consuming the minds, bodies and souls of our girls. I leave even more determined to hold our government accountable for the hopelessness that forces many into #sextrafficking. Nigeria deserves better. No women should ever be forced to sell her body to survive. 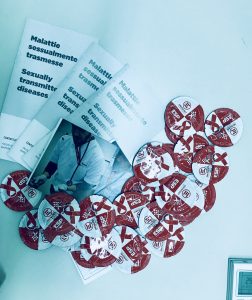 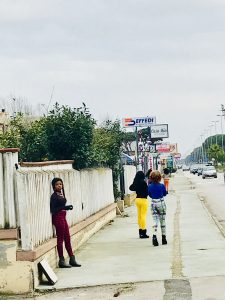 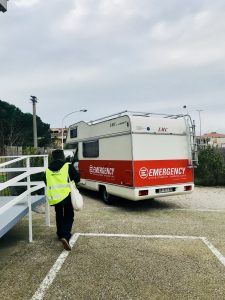 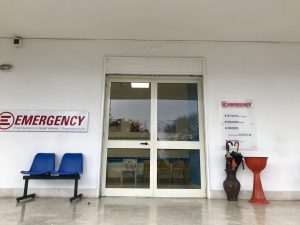