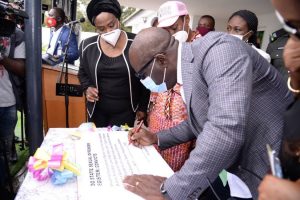 The gruesome killing of university student, Uwaila Omozuwa, earlier this year drew global attention to a rising number of rape/murder cases in Nigeria, including Edo State, where Uwaila was raped and murdered in her local church. As a result of the rising spate of cases, Nigeria’s Senate called for stiffer penalties for rape cases, urging State Assemblies to amend their respective criminal and penal codes to adequately address rapists.  In addition, all 36 Nigerian governors subsequently declared a state of emergency on rape.

To this end, the Edo State Governor, Godwin Obaseki, on Wednesday September 16th, launched a Sex Offenders Register, which will name and shame rapists and offenders of all forms of Sexual and Gender-Based Violence (SGBV) in the State.  First Lady, Betsy Obaseki, as well as Edo State’s Minister of Justice, Professor Yinka Omorogbe, were among other key stakeholders present as Governor Obaseki signed the Sexual Offenders Register into law. The Register will record the data of all reported, prosecuted or convicted persons involved in all cases of sex abuse. The Register database is also connected to the National Sexual Offenders’ database manned by NAPTIP, Nigeria’s anti-trafficking Agency. 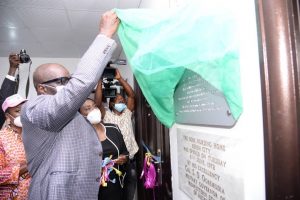 Edo State also simultaneously launched the Vivian Ogu Sexual Assault Referral Centre (SARC), which will provide services for and support to survivors of sexual violence in the State.  The launch of this SARC Centre brings the total number of SARC Centres in the country to seventeen (17).

Both efforts by the State are a welcome development in Edo, particularly on the heels of its September 3rd, 2020 opening of a shelter for male and female returnees who recently repatriated to Nigeria, including the thousands who were trapped in Libya and subject to human trafficking, torture and abuse.

We are hopeful that the Register database and the act of naming and shaming perpetrators will serve as a deterrent to would-be sex abuse perpetrators in the State and that the SARC will provide rehabilitation and healing for survivors. We also look forward to the collaboration of the government and CSOs in ensuring that a wholistic approach is employed and that services required by victims of sexual assault and human trafficking are duly provided.

All the foregoing, in addition to Edo State’s 2019 domestication of the federal Violence Against Persons Prohibition Act (VAPP Act) is cascading Edo towards becoming a frontline ally in Nigeria’s efforts for gender equality. Congratulations, Edo State! 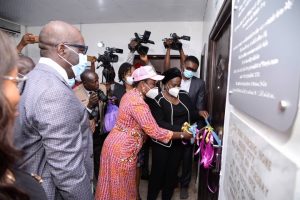 If you are a survivor of rape or sexual assault in Edo, please contact us for additional information and support.  The Vivian Ogu SARC is located within Ogbe Nursing Home on Central Road in Benin City.