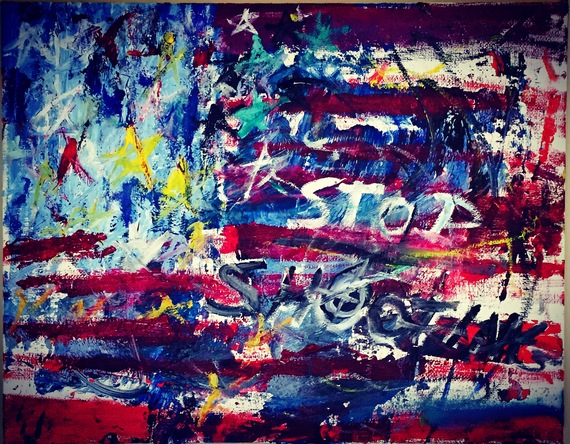 The first time I ever saw a gun was when I was 17. To this day, I still have no idea whether or not it was loaded. Although most of my memory from that evening in Atlanta has dissipated, I do remember that it felt cold—solely because it was pressed firmly into my head by a misguided young black man. A game of Russian roulette followed. Thankfully, I survived the events of that evening in 1991—but not before they imprinted a vivid memory on my impressionable mind, informed my worldview and handed me the gift of discomfort with the way men viewed and valued women.

My family is from Nigeria, the most populous and often infamous country in Africa. Yet, it is a land of unparalleled beauty, history and possibility. It is a country where black is honored as beautiful and where black people occupy the roles of both princes and paupers, top politicians and bottom beggars. Although I was born in England and now work with survivors of rape and sex trafficking between the United States and West Africa, it is the one place that will always be home to this proud, African woman. 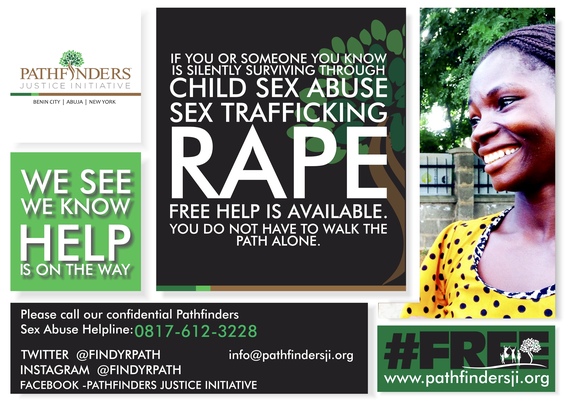 My arrival in the United States when I was 15 was not the first time I had been away from the safety and security of home. In an effort to provide me with what my parents believed was a stellar education, I was shipped off to boarding school in Jos, a city in Northern Nigeria, when I was 9. Although the missionary school was predominately operated by whites, the students were overwhelmingly black and I remained surrounded by Nigerian language, music, culture and beauty. By the time I arrived in Atlanta in 1989, I was accustomed to a life of independence. And confidence.

This was because my framing narrative as a child was one that repeatedly affirmed the colour of my skin. I did not grow up questioning whether I belonged. Of course I did. Judgments about who I was were based on the content of my character and not the colour of my skin. In Nigeria, I walked with my head held high and with pride and privilege, black privilege, which was laced with the same sense of entitlement that white people in America often take for granted.

It was not until I arrived in the United States that I observed the brutality of racism. Initially, my mind struggled to conceptualize the possibility that one could be prejudged because of the colour of one’s skin—before a single word was uttered. Doing so seemed completely unevolved and unintelligent. I simply could not understand why so many black Americans appeared grateful to be given a seat at the table, while their fellow white citizens felt completely entitled to be there. Racism seemed to me to be a crippling burden that black Americans attempted to carry without being completely stripped of their pride and dignity. They were constantly aware of its daunting presence in a way that I was often oblivious to. It was a shadow that taunted and haunted them, regardless of whether they were educated and confident, whether they were professional athletes whose talents were sold to the highest bidder or even America’s beloved, Ms. Oprah Winfrey. For me, racism was initially incomprehensible; that is, until it began to fiercely weave itself into the fabric of my own personal experiences as a young, naïve African student and later, as an accomplished attorney in corporate America.

Around the same time, I also began to note the frequency of gun violence in America, particularly in communities of colour. I simply could not reconcile how people whose lives had been historically oppressed were also the most plagued by what appeared to be a potential threat to their survival. The reality of black on black gun related violence is certainly real. I experienced it. However, so is the disproportionate reality of white on black police related violence. As I matured into adulthood in American society, I realized that for many decades and in multiple forms, black Americans had been screaming “black lives matter…too.” However, not enough white people were listening or willing to get on board. Too many conveniently opted for the role of bystander and dismissed the harrowing screams because it meant that they would have to face the truth about their own biases, prejudices and racism. And then…be accountable to do something. As an activist and organizer for #BringBackOurGirls, the global movement demanding the return and rehabilitation of the still missing Chibok Girls of Nigeria, I certainly recognized the all too familiar presence of apathy, one of Nigeria’s closest allies. 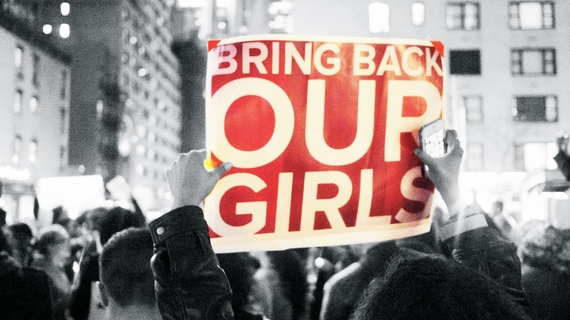 No, not every incidence of white on black police related violence involves racism. However, enough possibly do and for the sake of those whose lives have been and will be obliterated, the system that was intentionally built to prioritize one group over another requires dismantling. The reality is that when it comes to black men, America seems to have adopted what Nigerian novelist, Chimamanda Adichie, refers to as “the danger of a single story,” i.e., if we repeatedly hear only a single story about another person or group of people, we risk a critical misunderstanding of that person or group. American media has predominantly fed a ‘single story’ of the black man to Americans. He is the big, aggressive, thug life loving, jeans sagging, tattooed, marijuana smoking jail bird who constantly packs a weapon because he is unjustifiably angry at the world and thus, a ticking time bomb.  In the same way Africa’s “dark continent” narrative was packaged and sold with a false sense of credibility, this dehumanizing ‘single story’ of the American black man has been repeatedly packaged, advertised and regurgitated to the American public and has now been adopted as truth. From an outsider’s perspective, it is what potentially breeds fear in the hearts of non-blacks, including some police officers, and causes them to respond with a heightened level of aggression that unfortunately, sometimes results in the use of deadly force as we have seen in recent days.

It is this crippling ‘single story’ of black men (and increasingly, black women) that has resulted in a heightened sense of fear by whites and resentment from blacks who feel trapped in a system that they tell me has no interest in leveling the playing field. Adopting the ‘single story’ is dangerous, not only because it leads to “othering” and dehumanizing, but also because it inevitably generates more divisive rhetoric in a world that is already harboring too many diseased souls.

America needs to stop shooting. Period. None of the victims who lost their lives as a result of the recent killings in Baton Rouge, Falcon Heights or Dallas deserved to. Every human being should be able to sincerely express that very sentiment without reservation and yes, black Americans also have a major role to play in changing the narrative. However, until the entire country awakens to the fact that it has a major problem as the world’s leading human exterminators, the heinous killing cycle will inevitably continue. In some ways, this America certainly does not feel like the “American Dream” that I was sold.

Justice requires both compassion and activism because pointing fingers only leads to sore wrists. We must all collectively move from simply extending our “thoughts and prayers” after every one of these unfortunate shootings to making a commitment that strives to completely dismantle and then rebuild the entire justice system- reform is not an option.