#ChibokGirls: One Year On

“I’ve always been a firm believer that evil persists in our world not when, but BECAUSE good people do nothing.” ~R. Evon Idahosa

To commemorate the one year anniversary of the abduction of 276 school girls from their school in Chibok, Borno State, Nigeria, Pathfinders (in collaboration with several other organizations) organized a vigil at the Church Center for the United Nations which was followed by a silent “red tape” march to the Nigerian Embassy in New York City. The gathering, which was intentionally interfaith and intergenerational renewed our hope in humanity, as fathers and sons, mothers and daughters, Muslims, Christians and Jewish brethren gathered to collectively offer up prayers and boldly march on behalf of girls that they may never meet.

To the #ChibokGirls and the thousands of other abducted women and girls in Nigeria and around the world, we stand WITH you. We stand FOR you. We will continue to demand your freedom because your injustice is our injustice; your bondage, our bondage. ‪#‎NeverToBeForgotten

Thank you to New York Congresswoman Carolyn Maloney who assisted our efforts in having the Empire State Building lit up in RED (color representing the #ChibokGirls) and PURPLE (color for anti-violence against women) to raise awareness in connection with the plight of the missing #ChibokGirls. To date, 219 remain in captivity. 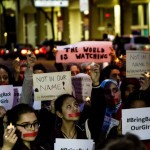 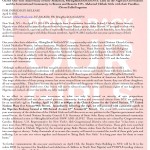 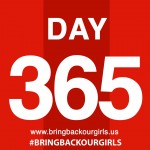 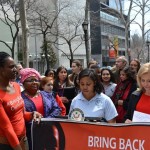 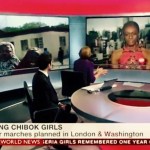 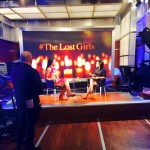 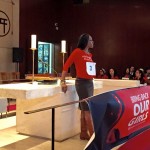 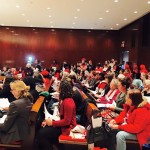 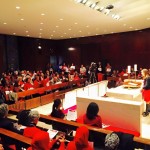 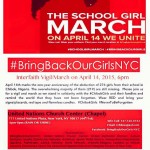 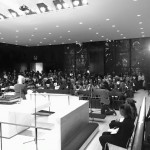 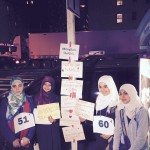 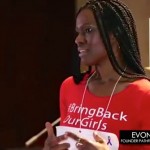 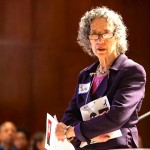 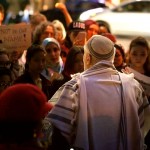 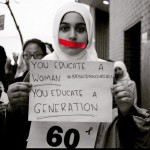 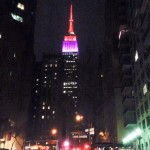 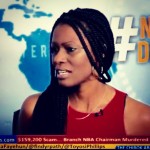 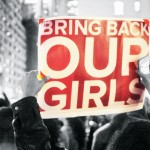 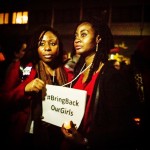 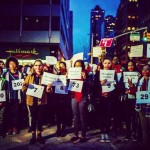 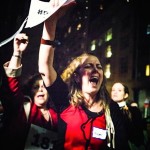 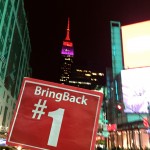 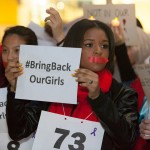 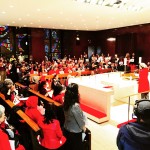 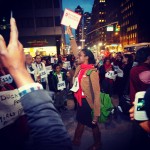 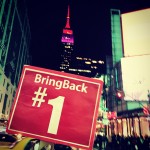 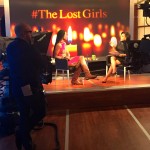 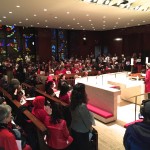 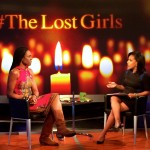