Are Nigerians Still the Problem In Europe’s “Migrant Crisis?” 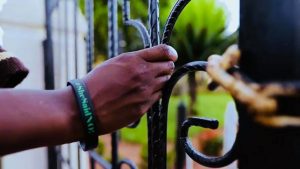 JANUARY 31, 2020- LAGOS, NIGERIA.  Annually, both IOM and UNHCR meticulously calculate and then publish their figures relating to land and sea arrivals of migrants into Europe.  For years, these figures substantiated the European Union’s justification for what it considered a ‘migrant crisis.’

In 2019, IOM reported a total of 128,554 arrivals, while according to UNHCR, arrivals totaled 125,472.  Both UN Agencies reported total known deaths/missing in 2019 at about 1,300 lives, although both agencies concede that the numbers are likely considerably higher.  In addition, IOM and UNHCR noted that the top three countries of arrivals were Greece (71k arrivals) and then Spain (32k arrivals) before Italy (11k arrivals), which took a strong anti-migration stance in 2019.

Notably, Nigerians, who have been the focus of considerable EU anti-migration spending over the last several years (upwards of 700m Euros, according to The Correspondent), were not amongst the top 10 nationalities of arrivals by land or sea into Greece, Spain or Italy in 2019 (UNHCR).  (In fact, in Italy, Nigerians represented a meagre 2.1% of the total 11,000 land and sea arrivals in 2019 and numbers have continued to drop since 2017.)  IOM further reports that as of January 31, 2020, there were 47,079 registered refugees and asylum-seekers in Libya. Again, Nigerians were not within the top 10 nationalities of those registered with IOM in Libya, the country which many experts have considered the unsafe migration gateway into Europe (particularly from Sub-Saharan Africa) in recent years.  (It is noteworthy that the EU and IOM’s Joint Initiative for Migrant Protection and Re-Integration in Africa has successfully returned, received and provided reintegration assistance to 14,849 Nigerian returnees as of September 2019.)

Yet, EU funds continue to flood Nigeria and efforts remain focused on negotiating a readmission agreement with Nigeria that would force repatriations from Europe. (It is noteworthy that Nigeria already entered into the Common Agenda for Migration and Mobility Agreement with the EU to address the following: (1) improving legal migration and mobility; (2) preventing and combatting unsafe migration and human trafficking; (3) addressing the root causes and maximizing the development impact of migration; and (4) promoting international protection and support for internally displaced persons in 2015.  This CAMM, however, is non-binding.)

Undoubtedly, Nigeria is routinely listed as one of the countries with the largest number of trafficking victims overseas (particularly in Europe), with victims identified in 34 countries in four regions in 2018.  Once in Europe, Nigerian migrants also routinely seek asylum and in Q3 of 2019, most applications were submitted in France, Germany and the Netherlands (with the latter two countries maintaining a 76% rejection rate in 2018).

Perhaps it was this reality that turned Europe’s eyes to curbing migration from Nigeria after the influx of migrants via Libya began to increase in 2015.  Or perhaps it is the fact that notwithstanding the reality that the overwhelming majority of Nigerian asylum applications are denied, only 25% of undocumented Nigerians in Europe comply with deportation orders (Eurostat, 2014-2016).  Others have speculated that racism and the fear of Gaddafi’s premonition concerning Europe turning black is what fuels the EU’s “by any means necessary” effort to stem the flow of migrants from Sub-Saharan Africa.

Whatever the case, the reality is that arrivals of Nigerians into Europe via unsafe migration is on the steady decline and has been since 2017.  Whether this has resulted from the EU’s externalisation of its borders, its funding of the so-called ‘Libyan Coast Guard,’ Italy’s closure of its ports and the criminalization of those rescuing migrants at sea, the inpouring  of billions of euros in “development aid” into Niger, “awareness raising” campaigns and whatever else the EU has done to stem migration from West Africa, the reality is that it has worked- at least in relation to Nigeria.

As Greece plans to build a sea wall in the first half of 2020 to further deter migrants, the circumstances beg the question of whether the number of unsafe migrant departures from Nigeria is following suit or whether our people are unceremoniously dying along the way.  And if the latter is the case, does anyone care to calculate that tragedy now that the EU has achieved its goal?