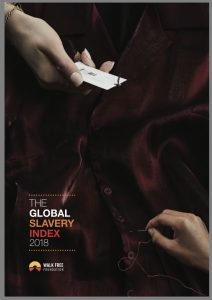 JULY 19, 2018- the latest 2018 Global Slavery Index by Walk Free Foundation, released this week, maintains that there are still 40.3 million slaves trapped in modern slavery worldwide. (‘Modern slavery’ is defined in the Index as “situations of exploitation that a person cannot refuse or leave because of threats, violence, coercion, abuse of power, or deception” and includes various forms of slavery, including sexual exploitation, forced labor, child labor, and forced marriage.) Estimates do not cover all forms of modern slavery, with the Index noting that “for example, organ trafficking, child soldiers, or child marriage that could also constitute forced marriage are not able to be adequately measured at this time.”

Of the 40.3 million enslaved worldwide, 24.9 million people are trapped in forced labour, while 15.4 million are in forced marriages. Not surprisingly, women and girls continue to be vastly over-represented, making up 71% of victims. The Index maintains that modern day slavery is most prevalent in Africa (with 9.24 million slaves and an average vulnerability score of 62/100), followed by the Asia and the Pacific region. According to the Index, Eritrea, Burundi, and Central African Republic were the countries with the highest prevalence of modern slavery within the region; however, Nigeria and the Democratic Republic of the Congo led with the highest absolute numbers and accounted for over one-quarter (26.3 percent) of the region’s victims. The Index notes that it is not possible to survey in countries that are experiencing ongoing conflict, such as Libya, South Sudan, and parts of Nigeria and that this absence of data means that modern slavery estimates in these countries are likely understated.

Using a revised methodology that includes more data sources, the Index notes that it is now able to more accurately measure country level figures, ultimately concluding that there are currently 1,386,000 million slaves living in Nigeria- hence an estimated 7.65/1000 living in slavery. Vulnerability to modern slavery in Nigeria is noted as 74.07/100, as outlined in the country’s narrative: https://www.globalslaveryindex.org/2018/data/country-data/nigeria/. Nigeria is ranked 32nd out of 167 countries assessed. Extreme poverty, conflict, corruption, western consumerism and climate change all increase the vulnerability of those on the margins.  (In June 2018, Nigeria surpassed India as the country with the largest number of people living in extreme poverty, with an estimated 87 million Nigerians- half the country’s population- living on less than $1.90 a day. According to projections, the number of Nigerians falling into extreme poverty grows by roughly six people per minute.)

The Index also found that there are considerably more slaves in the developed world than once thought, highlighting the fact that western consumerism often drives slavery in the developing world.  The United States is thought to currently have 400,000 slaves- 7-times higher than previously believed, while the United Kingdom is thought to have 136,000 slaves- almost 12-times higher than previous estimates. 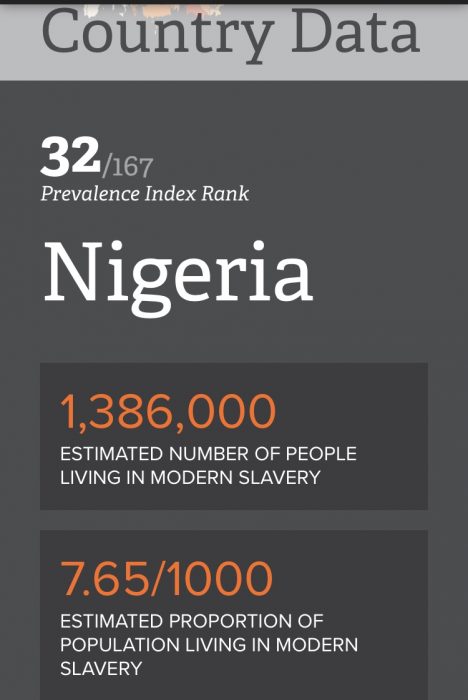 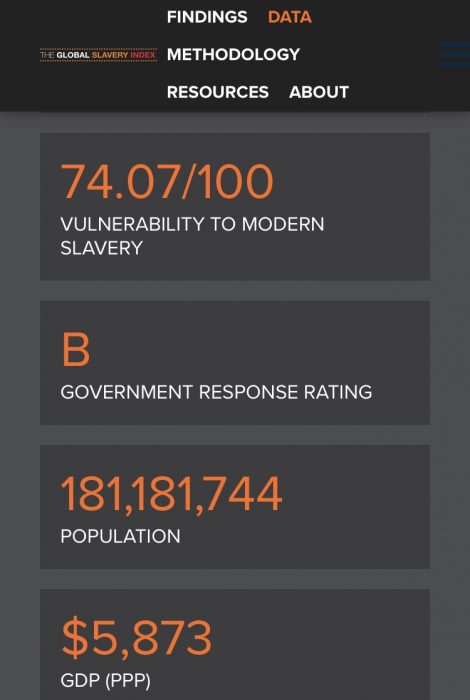 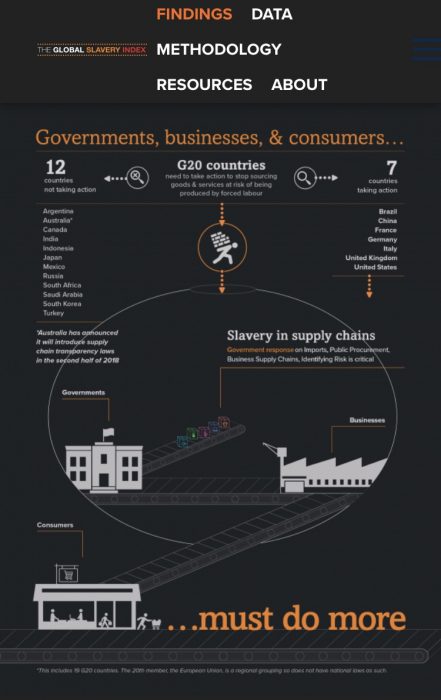 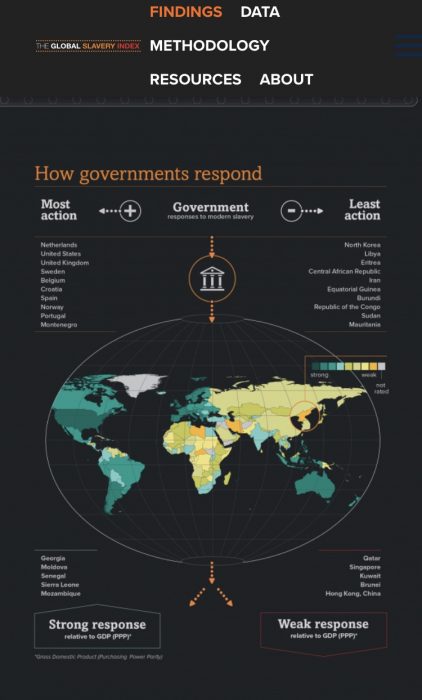 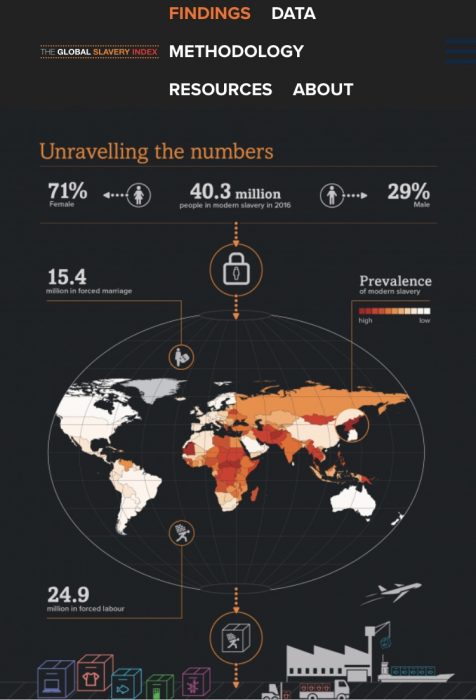